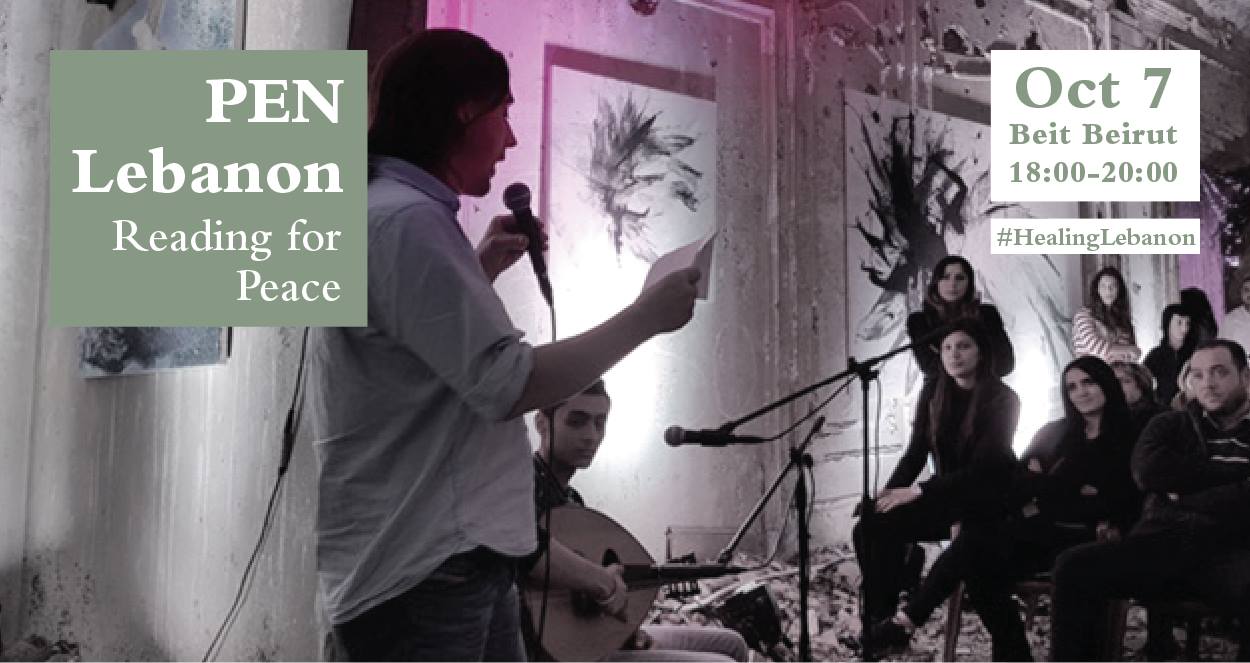 Pen Lebanon invites you to attend a unique encounter through poetry between talented school students and established poets in the symbolic setting of Bait Beirut.

Participating poets will host talented secondary school students who will also read publicly their texts for the first time.

The participating poets are: Hiyam Yared, Mohamad Nassereddine, Zahra Mroueh and Darine Houmani. The young talented students are from secondary classes of public and private schools from different districts outside Beirut. Hamad Karim, the Syrian artist and friend of PEN Lebanon, will accompany the readings with the sounds of his Oud.

The event will be organized and animated by Pen Lebanon members Dr. Mohamad Nasserddine and Akram Rayess during which the Junior Pen Club Lebanon in secondary schools will be launched.